Four line infantry regiments with the numeral 96 were raised and disbanded between 1761 and 1818.A fifth 96th was raised in February 1824 at Salford Barracks, Manchester. It was later allowed to carry the battle honours awarded its predecessor – Peninsular, Egypt and the Sphinx.

Owen Coggle had something to say about his Army service, but very little can be found in the records for his civilian life.  *The reference [BARK p.37] of him being in the 99th Regiment relates to him being attached to the detachment relieving the 96th while he and others were awaiting official discharge in 1851. The following snippets from Owen Coggle’s days in court are perhaps the only footprints he left in the Colony. 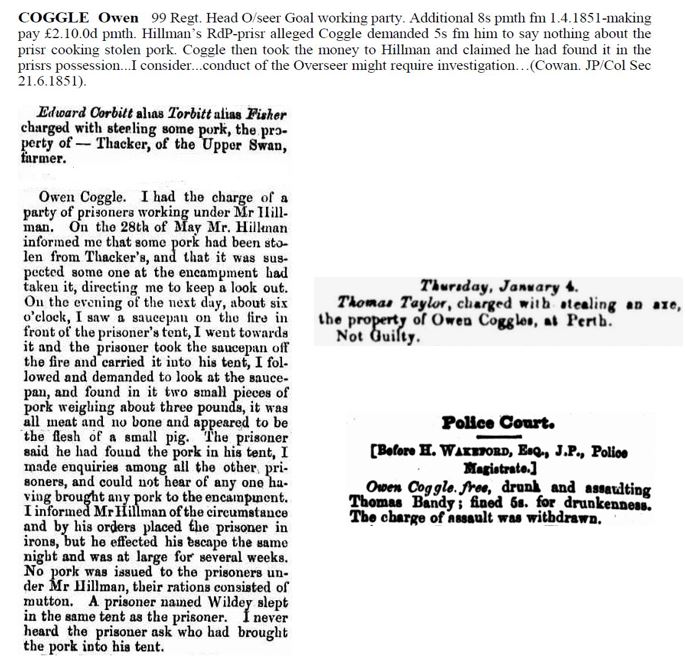