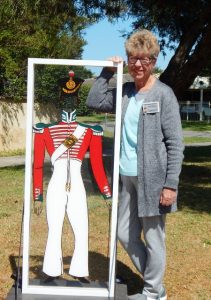 Diane Oldman was born, educated and first employed in England. Since then she has lived and worked in the United States and Canada, finally settling in Western Australia in 1971. Diane’s working life included positions in local government, the hotel and catering industry, technical colleges, universities, the oil and minerals and chemical processing industries. In her private life she has bred and raced greyhounds and helped run a piggery. Her hobby of genealogy and family history blossomed into an interest in Western Australian Colonial history, specifically former British military personnel who settled here pre-Federation.

Diane has written numerous articles for publications in UK, Australia and New Zealand. In 1997 she was selected to testify before the Australian Government’s Inquiry in the Treatment of the Census Forms. She has been a lecturer in genealogy at TAFE Campuses, was convenor of the 9th Australasian Congress on Genealogy and Heraldry at the University of Western Australia and presented papers at the 9th, 10th and 13th Congresses. She was Project Coordinator of the Rockingham & Districts Schools Records Project, now an ancestry.com.au database.

Diane has delivered a wide range of lectures, courses and workshops on many topics to family history societies, libraries, community and education organisations. Her repertoire of around eighty presentations included genealogical flavours such as ‘Marriage Laws, Records & Customs’ and ‘Barking Up the Wrong Tree’, and diverse topics such as a series of lectures on ‘Women in Politics’, ‘Cole Porter – the Man and His Music’ and ‘Western Australia’s Wild West’. It goes without saying that the British Army has had its fair share of the action. 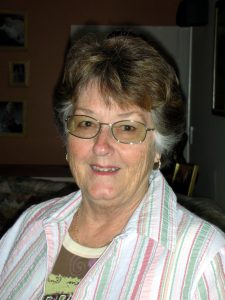 Marjorie Burton nee York is a ‘serial’ First Fleeter of the Swan River Colony. Her ancestral lines include the families Jones, Read, McHard and York, from ships Lotus, Rockingham, Trusty, and Simon Taylor; all these free settlers were in the Colony by 1842.

Marjorie began her families’ histories in 1972. She was a founder member of the Rockingham Family History Society even before it was a Branch of the WA Genealogical Society and continued as a founder member of the independent Society it is today. Over the years she has been a steadfast volunteer: serving on the Society’s Committee as Publicity Officer; a Library Assistant for nearly thirty years; researcher for the Schools Records Project. Her expertise in military research came from her involvement with the Enrolled Pensioner Force Ships’ Project.

Liz Rushton was born in England of an English mother and a West Australian father. She has been researching both sides of her family since the 1960s, and has established that some of her father’s family came to Victoria, Australia from England on the ship John Mitchell in 1849, settling in Buninyong in the Victorian goldfields. One of her great-great uncles has the dubious distinction of being the only person on the government side indicted for murder in the Eureka Stockade Rebellion in Victoria. He was only 18 at the time!

Since assisting Diane in her research into the Redcoat Settlers in Western Australia, Liz has developed a considerable interest in the British Army and its activities in Australia, though so far she has found no ancestors among them.