My first contact with Steve Errington occured in April 2019, two months before I launched the Redcoat Settlers’ website. Steve explains his work in the last paragraph of this page. The benefit flowing to me from his work in the months that followed, was additional information about the soldiers (over 150 of them) incarcerated in the Round House Gaol from 1832 to 1855. Back then the War Office records contained in the Australian Joint Copying Project (AJCP) had not been completely digitised. I had copies of courts martial records from the AJCP microfilm and from commercial military databases that I was able to share with Steve from time to time. Fast forward to 30th October 2020 when I attended a tour led by Steve of the Round House building and the Whalers’ Tunnel; at last we met in person. 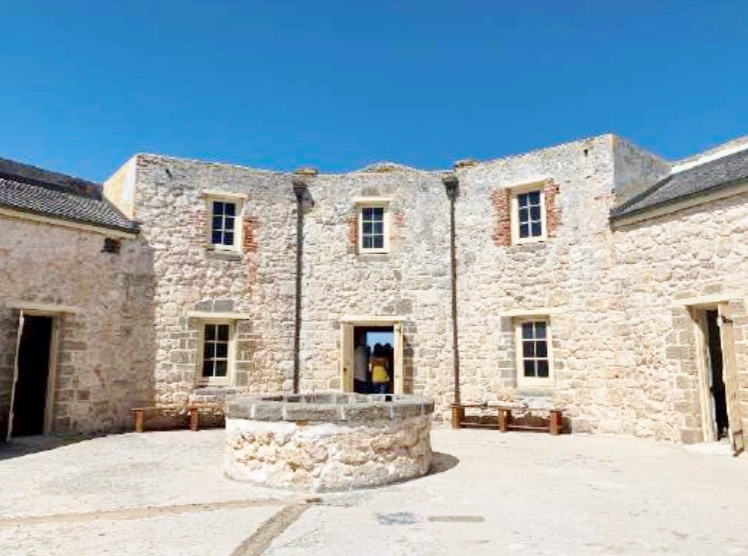 This article appeared in the December 2020 edition of the Royal WA Historical Society’s  newsletter ‘History West’.  I thank the Society and Steve for the opportunity to reproduce it here.  [Diane Oldman]

Bright Future for Round House

The old Fremantle Gaol, better known as the Round House, is now getting plenty of overdue attention. The State’s oldest public building came close to demolition several times last century, but thanks to a LotteryWest grant it is on the brink of getting a new Interpretation Plan and the owners, the City of Fremantle, have just released a Conservation Management Plan.

Opened in January 1831, by the 1920s it had become pretty much an abandoned ruin with its crumbling walls a threat to its neighbours. In 1922 it survived as a patched-up windbreak for the harbourmaster’s house. In October 1928, demolition actually began and four cells and part of the back wall were lost.

This brought the Western Australian Historical Society into the Round House story: among those who stepped up to save the old gaol was Sir James Mitchell, Leader of the Opposition and President of the Society (formed 1926). ‘On behalf of the Society’, he said. ‘and with the support of all West Australians anxious to preserve the State’s historic buildings, I protest most emphatically against this vandalism.’

It took several months, but the back wall was restored in time for the State’s 1929 centenary celebrations, but that year Fremantle ratepayers voted for demolition. It survived but was still neglected. In February 1934, Paul Hasluck the Hon. Secretary of the Society told the Minister for Works that ‘the inside of the main shell is largely a mass of rubble and damaged structures’ and that visitors ‘are met with decay, neglect, and unpleasant inscriptions on the walls.’

In 1938 the area around the gaol was beautified and wrought iron gates were installed at both ends of the Whalers Tunnel to celebrate its centenary (it had been dug by prisoners from the Round House as the ‘hard labour’ part of their sentences).

From time to time there was talk of turning the Round House into a museum, but the next big development came at the instigation of Joe Sewell, a member of the WAHS Council. He interested journalist Athol Thomas in the plight of the old building and a report of their visit appeared in the Weekend Mail on 24 May 1958. The publicity resulted in some conservation works being carried out. Society President Charles Staples told the newspaper that an Authority including the WAHS should be set up to manage our old buildings.

This was before the National Trust of Western Australia was formed and saving old buildings required WAHS intervention. Joe Sewell and the Society were also key to saving the Old Mill in South Perth which is undergoing an interesting restoration, as anyone driving south on the Kwinana Freeway will have seen.

Starting in September 1959, the Round House was opened for school groups and other members of the public thanks to Joe Sewell and other volunteers from the WAHS.

By the 1970s the walls were again unsafe. It became a local government election issue in 1973 when a long-standing City Councillor called it ‘nuisance’ and called for its demolition. But much restoration work was carried out in 1975, the roofs of the cells were shingled and the well was uncovered. In 1982 ownership was transferred from the Fremantle Harbour Trust to the City of Fremantle. 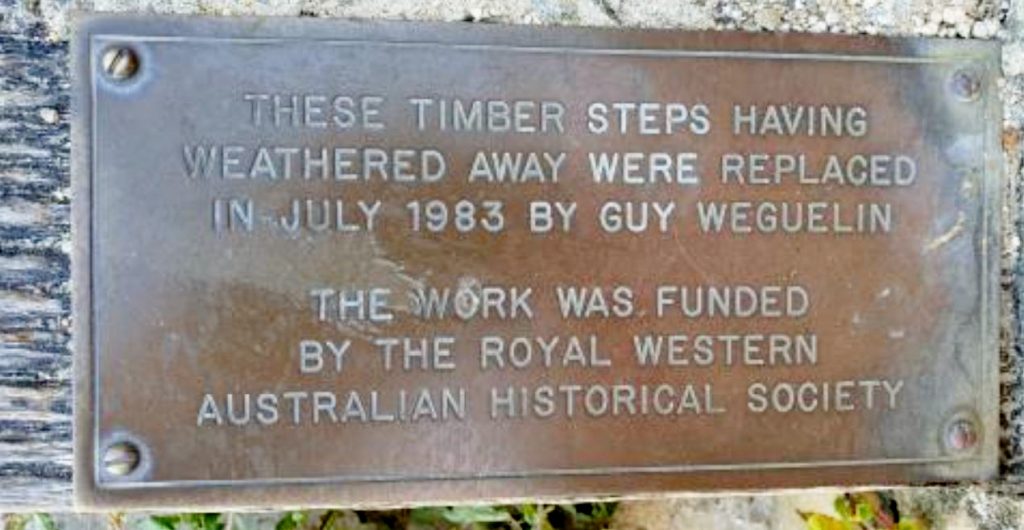 In 1983 the RWAHS showed its ongoing commitment by paying for replacement of the wooden edges on the ten stone steps leading to the Round House front door.

Since 1998 it has been under the watchful eyes of the Fremantle Volunteer Heritage Guides who open the building every day except Good Friday and Christmas Day.

The Round House was WA’s most important gaol from 1831 until 1856 when it was supplanted by the big new Perth Gaol which is now part of the WA Museum. My research has established that in its first quarter century it held 1500 individuals for between one day and two years. Together with drunks and sailors, there were at least 450 Aboriginal people, soldiers who had been court martialled, boys as young as seven and eight, and inmates who weren’t prisoners but were simply physically or mentally ill. Soon their story will be told.