During 1838, the only year Portsea served as a convict ship, over 4,700 convicts were transported to New South Wales and Van Diemen’s Land on a total of 20 ships. However, few of these ships had such an exciting life as Portsea. 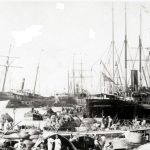 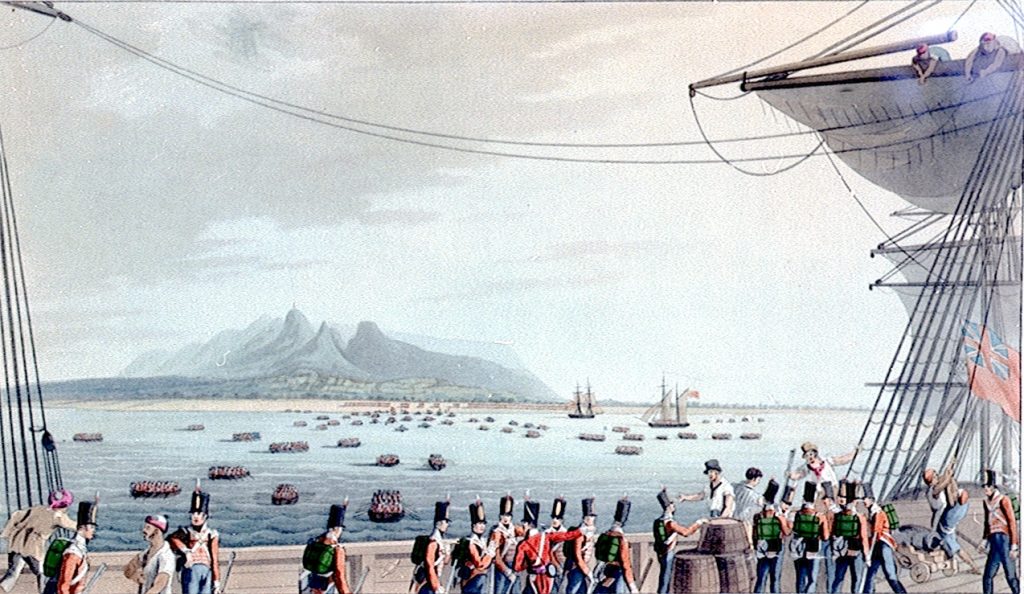 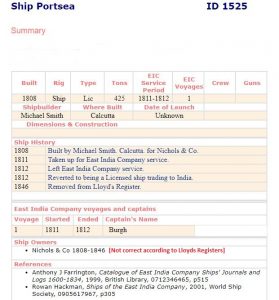 In 1810 Portsea was one of nine vessels chartered by the British Government to transport French troops captured during the invasion of Isle de France (now Mauritius). In 1811-12 she was chartered by the East India Company for one voyage with Master Burgh. At the end of 1812 after leaving her service with EIC, she proceeded from Bengal to St Helena and was captured by Thrasher, an American privateer, whereupon she was ‘rescued’ by HMS Helena and two weeks later, in January 1813, she was safely back in England.

Portsea was described as a ‘country ship’ which means she traded from London to Asia and the East Indies. In a voyage from London to Bengal in 1814, she put into Ceylon totally dismasted. Following repairs and lengthening, she continued as a free trader visiting India, Australia and South America with a variety of cargo for the next 14 years. Her life on the world’s oceans continued from 1828 to 1835 when, as a whaler, she made two voyages which included Japan, Honolulu, the Galapagos Islands and the Bay of Islands, NZ. 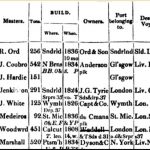 In 1837 while owned by Waddell & Co., Portsea underwent some minor repairs. It is likely that she was then sold to Joseph Somes, as her Lloyds listing in 1838 has Waddell’s named crossed through and in 1839 she is listed with Somes as her owner. Somes specialised in convict ship ownership, with over 25 convict transports to his name including one named for himself built in 1846, and one named for his second wife Maria Somes in 1841. Portsea‘s convict voyage to VDL and NSW in 1838 is described in some detail below.

After her return from her convict voyage Somes sold Portsea to the Pacific Steam Navigation Company. In 1840 the company arranged for Portsea to carry coal from Wales to Valparaiso to Pacific Steam’s refuelling depot. On the journey a fire damaged the ship and thereafter she was used as a coal hulk. She was not listed in Lloyds Register after 1844 and her ownership from 1840 to 1844 was not recorded. 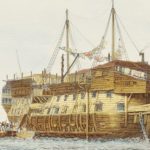 Two hundred and forty convicts embarked at Portsmouth from the prison hulks York and Leviathan, and some five months later, 239 landed in Port Jackson, NSW. The average sentence was 11 years with 49 men on board sentenced to ‘Life’. Sixty eight convicts had been tried in the Old Bailey (London’s Central Criminal Court); 41 were military men courts martialled in Canada, Jamaica, Gibraltar and Malta; others were tried in Assizes and Quarter Sessions courts in counties all over England. One convict died at sea of phrenitis; three were admitted to hospital upon landing.

The Chatham Depot 51st Regiment Musters and Pay Lists indicate that 25 troops embarked at Deptford on 7th July, all paid in advance to 13th November 1838: Ensign Augustus J W Northey (who later served in the Swan River Colony), a sergeant and 23 Other Ranks. One of them, Private William Wagstaff, took his discharge in the Colony and settled there. Private Patrick Burke left the ship at Portsmouth after falling sick. The Master of the vessel was Samuel John Lowe, the Surgeon Superintendent Thomas Bell, R.N.

Portsea sailed from Deptford on 7th July and arrived in Portsmouth on 17th July 1838. The convicts embarked 19th July from the Portsmouth prison hulks and sailed on 31st July, delayed by unfavourable winds. Similar weather conditions drove them into Plymouth from whence they finally sailed for Australia on 8th August 1838. On 10th December Portsea was required to call at Hobart to take on fresh water. The surgeon’s journal confirms that 15 men, a boy, six women and nine children of the 51st Guard were exchanged with some of the 28th Regiment, who had just arrived in VDL. The 51st Regiment Muster and Pay List confirms this, identifying the 51st troops who disembarked and those who sailed on to Port Jackson. The ship arrived in NSW on 18th December 1838, the length of passage from Portsmouth 140 days and 164 days from the embarkation of the 51st Guard at Deptford.

The Ship’s Surgeon and Journal 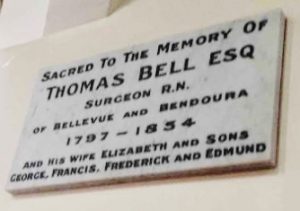 Thomas Bell R.N. M.R.C.S. (1825) has been attributed as Surgeon Superintendent on six convict ships leaving Britain for NSW and VDL between 1829 and 1838: Thames, Edward, Eliza, Lady Kennaway, Prince George and Portsea. This bears closer examination because although the turnaround times for the voyages fit, there was more than one Thomas Bell in the Royal Navy during this period. It seems that Thomas Bell, surgeon on Portsea, decided to settle in Australia following that voyage. He was on the NSW Medical Register from 1839 to 1846 and resided in Braidwood where he farmed and became a Justice of the Peace. Bell died on 13th November 1854 and was buried in Braidwood Cemetery. 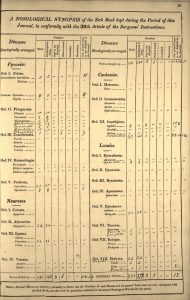 Surgeon Bell began his Journal for the Portsea voyage on 7th July and completed it on 22nd December 1838. His Nosological Synopsis shows that a great many of the ship’s passengers (281) had been in his care during the voyage, but it was generally a healthy ship. Eight of the 51st Regiment on board were recorded on the sick list, including Private William Wagstaff, the Swan River Colony Settler.

Strict attention was paid to cleanliness and when the weather permitted, the prisoners bathed every day and were afterwards rubbed dry with a towel, which each man who had money was made to buy before leaving port. The prisons were also cleaned and kept dry and ventilated. The most common complaints were scorbutus (scurvy) and obstipatio (constipation); understandable ailments on a lengthy sea journey. The Surgeon stated that many of the prisoners ‘did not know the Lord’s Prayer, ten commandments; or how many commandments there were’. By the end of the voyage the Surgeon indicated there were no more than three who did not know the church catechism.

Currently unknown. No listing in Lloyds Register after 1844.