Between April and November 1838, eight ships transporting over 1750 convicts left England for Van Diemen’s Land, along with their guards from the 51st Regiment. Unfortunately the War Office records do not always record the names of the relevant ships. Analysis of the Pay Lists can identify the relevant ship on which NCOs and other ranks embarked, but not necessarily the officers. The number of ships coming and going became so commonplace, that even the press barely mentioned any detail other than the departure and arrival dates. Nonetheless Lieutenant George Bagot, Sergeant Benjamin Brooks and 14 ORs embarked on Minerva on 17th May, their pay made up to the 23rd September 1838. Three of the soldiers on board, Privates George Barr, David Grainger and William Pusey, later became part of the Swan River Colony detachment, took their Army discharges in Perth and settled in the Colony. The Master of the vessel was George Brown, the Surgeon Superintendent James Wilson, R.N. 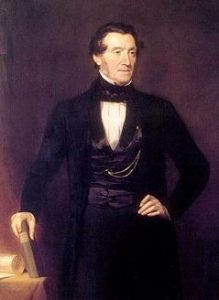 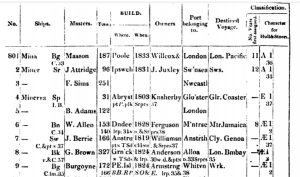 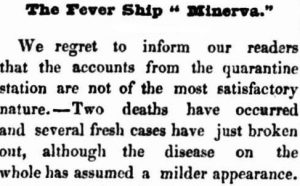 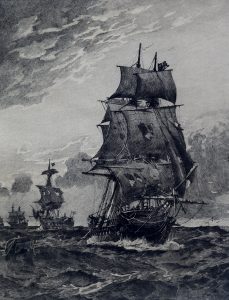