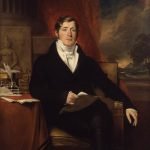 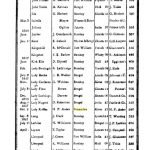 The voyage to Bencoolen

The 647 ton ship Lady Raffles was named for a wife of Sir Thomas Stamford Bingley Raffles, the only Lieutenant Governor of Bencoolen (1818-1824), this title having formerly been ‘Resident’. Bencoolen was ceded to the Netherlands in 1824. I am uncertain whether the ‘Lady’ for whom the ship was named was Raffles’ first wife (Olivia Devenish) who died in 1814 or his second wife (Sophia Hull) whom he married in 1817, the year the ship was launched. It is likely that this ship’s first voyage was in October 1817 to Bencoolen, then a possession of the British Honourable East India Company.

The Ship’s Owners and Builder? 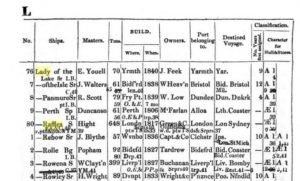 The first Lloyd’s Register of Shipping reference shows the Master as H P Auber and the ‘husband’ as H P Auber. A ‘husband’ was an agent representing the owners of a ship who attends to its provisioning, repairing, and general management. The next Lloyd’s entry records the owner as Auber & Co. I have had no luck in finding information about either a builder or first owner of the ship. She was certainly built in a yard on the River Thames and in time I may be able to solve the mystery of the Lady’s origins. Between 1817 and 1832 she seems to have made at least eleven voyages contracted to the East India Company from London to all three Presidencies in India – Bombay, Bengal and Madras. During the years 1829 to 1840 she was owned by Green & Co. This was almost certainly the Bristol Company started by John Green, shipbuilder, at his Wapping Yard, Bristol alongside the River Frome in 1814. This company both built and owned ships. It seems that Green and Co. disposed of Lady Raffles around the time of her convict ship voyage to Australia at the end of 1840. The new owner is listed as Oldfield & Co. and could refer to the business of Thomas Brame Oldfield of Camberwell. By the time Lady Raffles was in service as a convict ship, she had ‘put on a ton of weight’ and had numerous repairs over her 23 years of service. 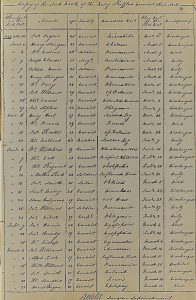 Three hundred and thirty male convicts embarked on Lady Raffles from hulks in Woolwich, Sheerness and Portsmouth. The prisoners were sentenced to an average of 12 years, with 65 ‘lifers’. The Central Criminal Court (Old Bailey) accounted for 56 of those sentenced; 23 soldiers were court martialled by the Army, many outside Britain in Upper and Lower Canada and Bermuda; nine had been sentenced in various Courts of Justiciary in Scotland; the remainder were sentenced at the Assizes and Quarter Sessions in counties all over England.

Four convicts died on the voyage from Dyspepsia, Epilepsy, Phthisis (Tuberculosis), and Typhus. There are conflicting numbers of both convicts who boarded and those who died in various sources. I have used the numbers recorded by the Surgeon Robert Wylie in his Journal. 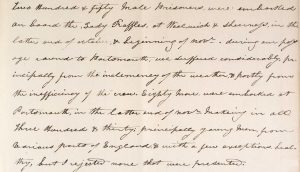 During 1841 sixteen convict ships arrived in Van Diemen’s Land from British ports; Lady Raffles was but one of them, and it was her only voyage as a convict transport. The 96th Regiment guards for the voyage comprised Ensign C Swetenham, a Colour Sergeant, a Corporal and a Drummer, 27 Privates, five women and eight children. The Sick List recorded by the Superintendent Surgeon named 32 attendances during the voyage (see above right); five of these men were soldiers including Colour Sergeant Joseph Clark. The 96th Regiment guards disembarked the ship at Hobart, two days after arrival. Seven of the soldiers later served in Western Australia and Privates Owen Coggle, William Elsegood, John Fletcher, John Smithers and Henry Vince took their Army discharges and settled in the Colony.

Unusually, one of the soldiers died of pneumonia at sea. He was the surgeon’s case no. 3, Private William Collins aged 26 and married. He was admitted to the Sick Bay on 4th November and died on 9th. The surgeon recorded at his death: There was no postmortem, on account of his wife, & the inconvenience of the place.

Edward Hight was Master on the voyage and Robert Wylie, RN Surgeon Superintendent. 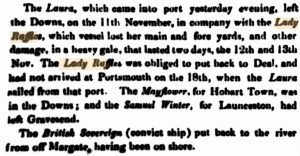 Lady Raffles officially sailed on 2nd December 1841 as her last sight of England was Portsmouth. However, the soldiers could have embarked as early as October from one of the London ports; certainly the convicts had boarded in late October and early November at Woolwich and Sheerness.

The surgeon remarked that … during our passage round to Portsmouth, we suffered considerably, principally from the inclemency of the weather, & partly from the inefficiency of the crew. Meanwhile, in Hobart Town, the newspapers had received news that Lady Raffles would likely be delayed owing to bad weather (see left).

Nonetheless, the ship arrived on 19th March 1841 after a fairly swift passage of 105 days. 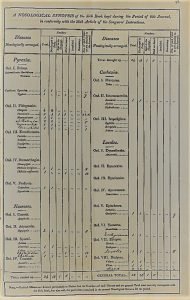 Robert Wylie LRCS Ed, MD, MRCS, RN was a well qualified surgeon of his time. He was appointed Assistant Surgeon in the Royal Navy in 1809 and Surgeon in 1825. His early naval service was with Royal Navy ships. However, he later served on five convict ships giving him good experience in this field. He served on Henry Wellesley (NSW 1836), Emma Eugenia (NSW 1838), Barossa (NSW 1839), Lady Raffles (VDL 1841) and Arabian (VDL 1847). His voyage on Emma Eugenia with the 51st Regiment has been mentioned on this website.

Wylie maintained a surgeon’s journal for the Lady Raffles voyage from 24th October 1840 to 25th March 1841. Many of his journal entries are mentioned above and his Nosological Synopsis (right) indicates his record of cases.

After leaving Lady Raffles he went to Sydney and left there for Mexico on 27th May 1841. 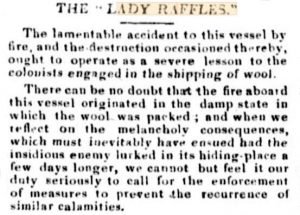 The last record of Lady Raffles in the Lloyd’s Register was in 1842 where she was registered in London to Oldfield & Co. Thereafter my 20-year search of the Lloyd’s Registers produced another vessel of that name: a barque built by John M Gales at South Hylton yard, Sunderland and registered at 253/299 tons in Liverpool. She was a cargo ship that regularly sailed to Sydney. She recovered from a damaging fire in 1942 caused by damp wool in the hold; but then she also disappeared from Lloyd’s in 1855.

The fate of the one-time convict ship Lady Raffles is thus currently unknown.