Elphinstone was a 425 ton, 114 ft. three masted ship built for London-based owner J Clarkson in 1825 by the Bristol ship building concern Hilhouse and Company. There appears to be no connection with the current-day shipping giant Clarksons PLC which was founded some years later in the mid 1850s. Clarkson’s ownership continued at least until 1828 when Joad & Co. took over. Elphinstone made her maiden voyage to India in 1825. 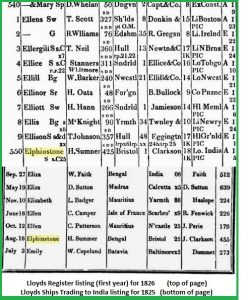 Elphinstone made four voyages transporting over 1,000 convicts to Australia: 1836 (VDL), 1837 (VDL), 1838 (NSW) and 1842 (VDL). During these voyages, Elphinstone was owned by T Oldfield of London who employed the same Master – Captain Thomas Framlin – for all four voyages. This partnership also brought Elphinstone to Sydney, NSW in 1840 as an immigrant ship.

Hilhouse and Company was first established in 1772. The Bristol shipping business, working out of Hotwells Drydock, had an impressive array of naval warships to its name during the latter part of the 18th century. In 1803 the business became Hilhouse & Sons and in 1814 it built the first steamboat in Bristol. In 1824 the company became George Hilhouse & Company, and the following year a young shipwright by the name of Charles Hill became a partner, eventually leading in 1840 to the name of the business becoming Hilhouse, Hill & Company. The plan below shows that Hilhouse, in all its name variants, started at Hotwells Dockyard and over the years was at Red Clift, Limekiln, ‘New” (later Albion) and Wapping yards. Most likely Elphinstone was built at New Dockyard by George Hilhouse & Co. 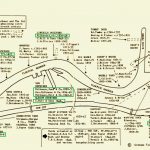 The 255 male convicts who initially embarked on board Elphinstone at Kingstown, Dublin, had been tried and sentenced in an assortment of county courtrooms in Ireland. As none died on board and only 232 were landed, we can assume the balance were disembarked before the ship sailed, or switched to a different ship.

Between August and December 1838, six ships transporting around 1500 male convicts left Britain for New South Wales and Van Diemen’s Land, along with their guards from the 51st Regiment. The number of ships coming and going became so commonplace, that even the press barely mentioned any detail other than the departure and arrival dates.

The guards for the Elphinstone’s voyage embarking on 2nd August 1838 at Deptford, comprised Captain Edward Parker, a sergeant, drummer, 19 other ranks and six wives. Four of the guards later served in the Swan River Colony including Joshua Wood who took his Army discharge in Perth and settled in the Colony. The Master of the vessel was Thomas Fremlin (or Framlin) and the Surgeon Superintendent Alick Osborne.

This was Elphinstone‘s only convict transport voyage to New South Wales. She arrived in Kingstown, Dublin from Deptford on 18th August and sailed for NSW on 8th September 1838. She arrived at Port Jackson on 29th December 1838 after a passage of 112 days.

0n 15th January 1839 a number of 51st troops who had arrived in Sydney on Elphinstone, left on the ship Marion Watson to join the Regiment in Hobart.

Alick Osborne R.N. joined the Royal Navy as Assistant Surgeon in 1809 and was appointed Surgeon in 1814. His role as Surgeon Superintendent on convict ships to NSW made him something of a record holder. His journeys began with Lonach (1825) and continued with Speke (1826), Sophie and Sarah (1829), Planter (1832), Fairlie (1834), Marquis of Huntley (1835) and Elphinstone, his final convict ship in 1838. He uniquely, among surgeons, was on two different convict ships in one year. 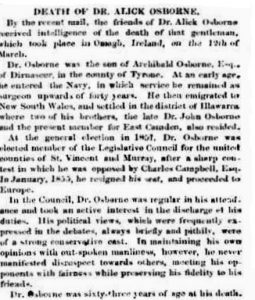 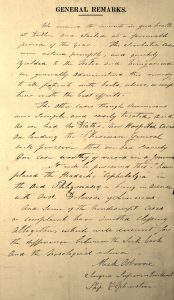 Osborne decided to bring his family to Australia on his voyage in 1835 to settled in Dapto, in the Illawarra region of NSW, when he retired from the Navy on half-pay. He took up farming and sheep breeding. In March 1836, he was appointed by the Colonial Government to go to Ireland and select immigrants to bring out to the Colony. Back in Britain he then contracted the immigrant ship Adam Lodge and acted as surgeon on the voyage from Ireland, which arrived in Sydney in July 1837. Within a year he was back in England boarding Elphinstone for his last voyage on a convict ship. Once back in Australia he involved himself in politics and served as a Member of the Legislative Council from 1851 to 1855. He left for London in 1855 and died the following year aged 63.

Osborne maintained his Surgeon’s Journal from 22nd July 1838 to 5th January 1839. In it he remarked, The ship received the convicts in good health at Dublin and sailed at a favourable period of the year. The scorbutic cases were noticed promptly and quickly yielded to the nitre and vinegar and generally administered this remedy to all patients with boils, ulcers, or eruptions with the best effects. Thus scurvy was once again a major health problem on board Elphinstone. However there were no deaths on board; those mentioned in the Sick Book were all discharged as “cured”, and only five case notes were recorded. Osborne also remarked that, And some of the non-descript cases or complaints have omitted classing altogether, which will account for the difference between the Sick Book and the Nosological Return.

Eight soldiers of the 51st Regiment were mentioned in the Sick Book (right), one of whom was Joshua Wood, our Swan River Colony settler.