Lloyds of London Register 1839, entry No. E149  lists ‘Fenwick & Co.’ as the ship’s owner, the ship registered in Newcastle.  In fact John Fenwick, North Shields and William Lilburn, South Shields had owned her since her build and launch in 1825.  Egyptian passed to John Fenwick as sole owner in August 1834. She made a second convict voyage to Hobart Town in 1840 under Fenwick’s ownership. In 1841/42 Egyptian was purchased by Henry Hayman Toulmin and re-registered in London. It is thought that John Fenwick and his sons then moved from Newcastle to London in about 1850.

Egyptian built by Thomas Metcalf and Son, in its South Shields yard (Newcastle) was completed on 22nd August 1825. She was a timber vessel rigged as a sailing ship, of 359 tons burthen, length 101 ft. 4 ins, breadth 28 ft.

Between 1814 and 1866 Thomas Metcalf’s enterprise built around 40 ships, yet not a lot has been written about him that I can find. 1825, the year the Egyptian was built, was a good year for Metcalf with four ships launched from his yard in South Shields. 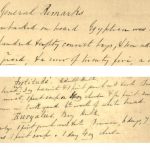 On 9th Apr 1839, 190 male prisoners sailed from Sheerness, 189 landed. The average sentence was eight years with two men on board sentenced to ‘Life’. Sixty eight convicts had been tried in the Old Bailey (London’s Central Criminal Court); others were tried in Assizes and Quarter Sessions courts in counties all over England.  One hundred and eighty (boys) and ten adult male prisoners came from the Chatham Hulks Euryalus and Fortitude (formerly HMS Cumberland), respectively. The gaols from which the Euryalus boys were received reached double-digits from London (80) and Scotland (22). 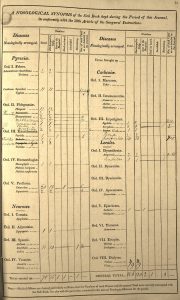 Seven ships conveying almost 1500 convicts left England for Van Diemen’s Land in 1839. The number of ships coming and going became so commonplace, that even the press barely mentioned any detail other than the departure and arrival dates. In the case of this voyage, one newspaper published our 51st  Regiment military guards being on board Boadicea instead of Egyptian!  The Chatham Depot 51st Regiment Musters and Pay Lists indicate that 24 men embarked on Egyptian, two of them late embarkations, all paid in advance to 30th July 1839: Captain Harry Rolles, Ensign George E E Warburton, Sergeant Drum Major Thomas Roarke and 21 Other Ranks. Ensign George Warburton and Corporal Joseph Davies  later became part of the Swan River Colony detachment and settled there. One of the late embarkations was a Private also named Joseph Davies, but he left for Calcutta with the regiment in March 1847.  Captain Rolles died in the Colony while serving in Perth. Privates John Bradshaw, Joseph Curtis and Francis Tooze were invalided and left the ship at Sheerness before she sailed. Warburton was promoted to Lieutenant (without purchase) while serving in VDL; perhaps making him the only ‘officer class’ soldier who settled in the Swan River Colony. The Master of the vessel was John Skelton, the Surgeon Superintendent John Grant Stewart.

John Grant Stewart R.N. was Surgeon Superintendent on three convict ships to Van Diemen’s land: Nautilus 1838, Egyptian 1839 and British Sovereign 1841.  In 1845, while on half-pay, he volunteered along with twenty other Royal Navy personnel to tend to the sick on the ‘fever ship’ Eclair, setting himself on a path of public service (see the London Sun‘s obiturary left).

Surgeon Stewart began his 36-page Journal for Egyptian on 2nd April and completed it on 24th August. Of the 190 convicts, 22 soldiers, 25 crew, and a woman and child, 126 were reported on the Sick List.  Stewart meticulously wrote up 18 cases in his journal and made ‘Jail Diet Tables’ of the daily meals dispensed in jails all over Britain.  His later roles as Deputy Inspector of hospitals and fleets reflected his experience and dedication to the well-being of his charges. The observations in Stewart’s General Remarks in his journal can be viewed by all those sufficiently intrepid to tackle his handwriting (see ADM 101 reference below). Corporal Joseph Davies’s Case No. 15 (Dysuria) has been summarised on his profile here.  Apart from the three men invalided at Sheerness mentioned above, Davies was the only soldier on the Sick List