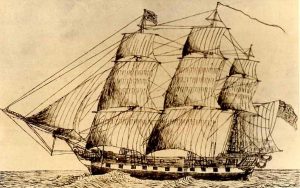 Buffalo, originally named Hindostan, was built by Firth of Forth shipbuilders, James Bonner and James Horsburgh, at Sulkea on the West Bank of the Hooghly River, only five miles from Calcutta in West Bengal. She was a fully rigged sailing ship known as an East Indiaman or Merchantman. Launched in January 1813, she was 589 tons of teak hull; length 120 ft.; breadth 33 ft. 6 ins.; depth 15 ft. 8 ins. Her maiden voyage began on 8 Feb 1813 and finished when she arrived at The Downs, Kent on 10 Aug 1813. 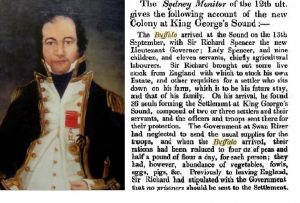 A number of 51st Regiment soldiers started to appear in Van Diemen’s Land at the end of 1837 into January 1838. The 51st Regiment Redcoats were garrisoned in Hobart nominally from 1838 to 1847. Of these a detachment arrived in Western Australia on Runnymede in June 1840 and departed for Calcutta in March 1847 on Java; thirty-three men of the WA detachment settled in the Colony, including four who had sailed on Buffalo to Quebec.
Many of the men who were destined for Australia eventually, did not leave England with their comrades in arms in 1837/38; they were left behind in the Depot at Chatham to undertake quite different duties, that of convict guards on the following ships:
Buffalo – 30 officers and men embarked 23 May and sailed 27 May 1839 bound for Quebec, Van Diemen’s Land and NSW. Click here for List of Names. Five of the men settled in Western Australia: Privates James Cunningham, Joseph Harris, Samuel Piggot, Richard Seaton and Charles Taylor. For further information on this voyage, see Di Bramley’s article below.
Middlesex – 29 officers and men embarked 4 Jun and sailed 6 Jul 1839 (from Dublin), bound for NSW.
Layton – 25 officers and men embarked 22 Jun and sailed 9 Jul 1839 bound for Van Diemen’s Land. 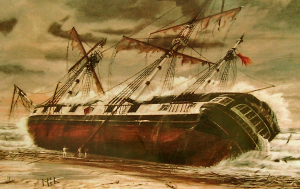 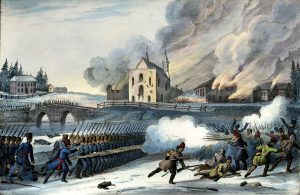