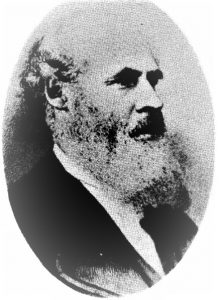 While the official War Office Musters and Pay Lists indicate that Warburton was posted to King George’s Sound for almost his entire Army service in Western Australia, this does not reflect where he was physically ‘on the ground’.  For example Bignell’s First the Spring p.38 writes ‘Warburton in August 1840 walked to Perth a distance of 300 miles carrying a load for the greater part of the way and sleeping in the open air for fifteen nights.’  This would have been a regular occurrence as he was in command of an area of at least 100 miles radius, including Kojonup. Each quarter from October 1844 to December 1845,  Warburton and a servant were paid 1½d. per day for ‘rations’ on shore; undoubtedly as they moved about the southern half.

Warburton seems to have kept a fairly low profile given his considerable land holdings, his status as possibly the only officer of the British Army detachments to have settled permanently in the Colony, and the respect he seems to have generated in the community.  Nonetheless, shy as he may have been of public exposure, Warburton did hold the position of Superintendent, Albany Convict Depot from 1852 to 1855.  This seems ironic given a remark he wrote in a  letter (recipient unknown) in February 1849: ‘Anything rather than convict labour, though some foolish colonists here wish for it,  I sincerely pray they never obtain it’ [Bignell:p.59]; written less than 18 months before the first convicts arrived in Western Australia.

We are fortunate to have access to the private papers of his family.  Click here to view the documents by the State Library of Western Australia. 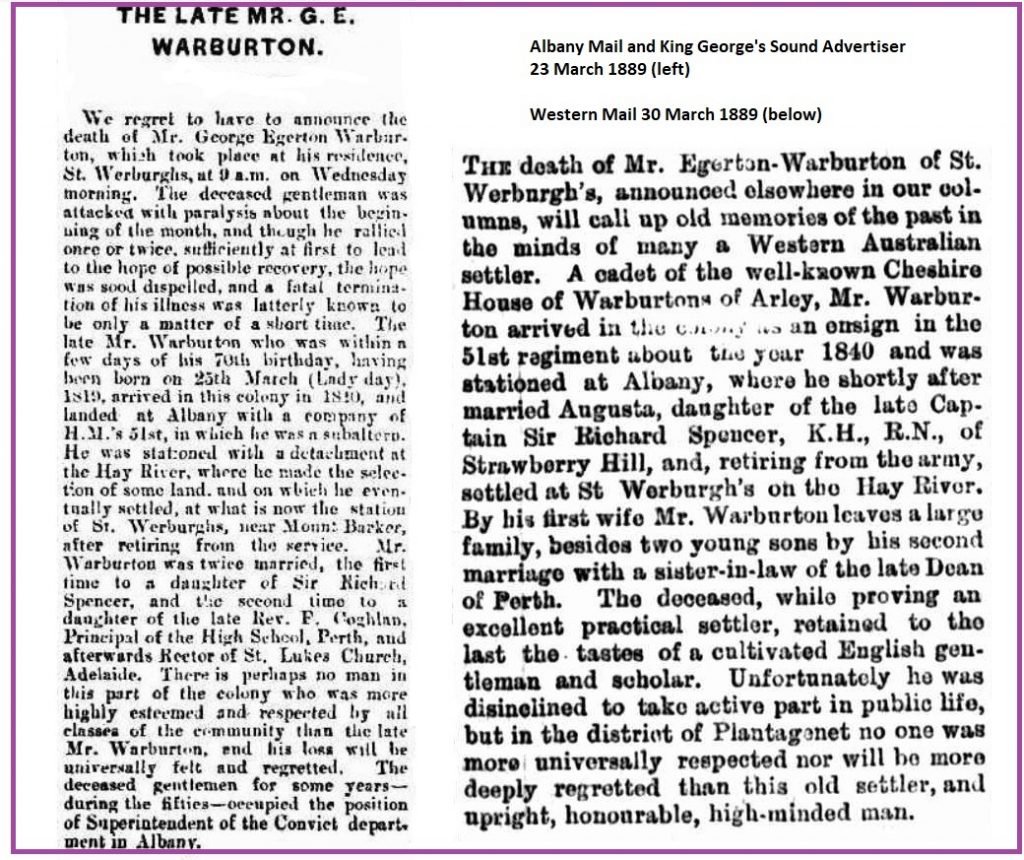